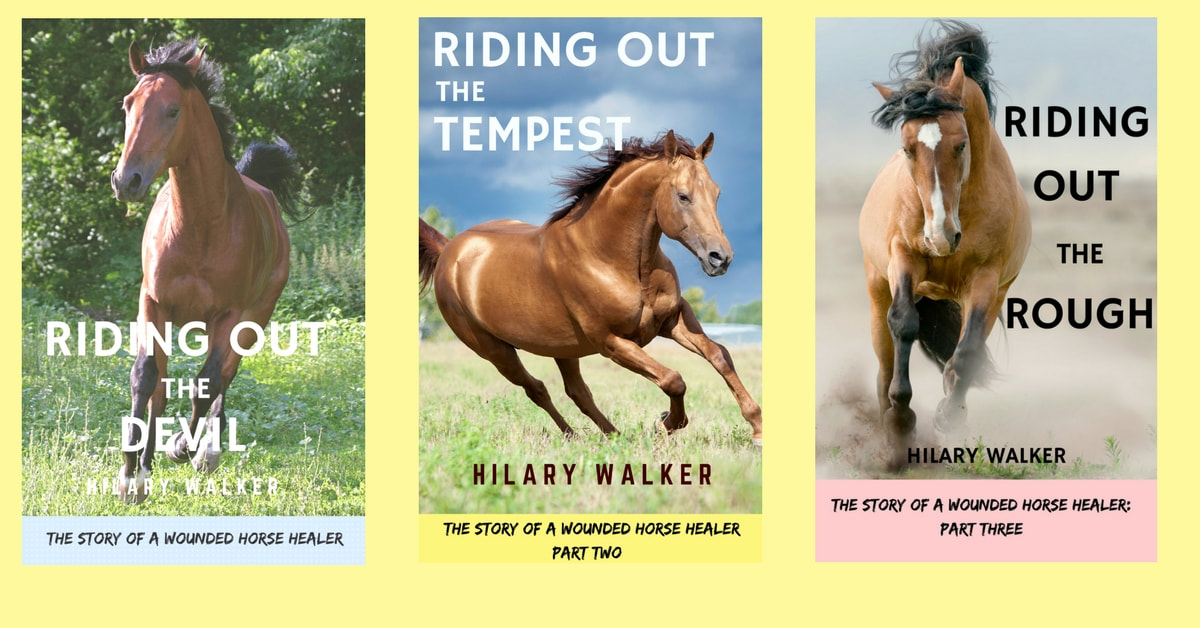 THE JACK HARPER TRILOGY: The Story of a Wounded Horse Healer 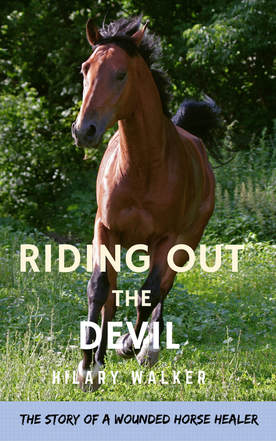 The first book of the Jack Harper Trilogy

Riding Out the Devil:
The Story of a Wounded Horse Healer

Jack is only interested in helping horses. Period. Their human owners irritate him.
He’s working with a terrified gelding when a mystery woman calls on his cell phone. She contacts him once a year and says the same short sentence.

Already rattled, that evening he receives bad news which sends him back to his native England for the first time in 17 years.

The evil secrets he’s had under tight control for nearly two decades quickly begin to unravel, and on returning to his Maryland farm he is forced to share an embarrassing truth with a total stranger.
​
A wounded Jack opens his reluctant heart to a boy in dire need of what only the trainer can offer, and discovers a talent for healing more than horses. 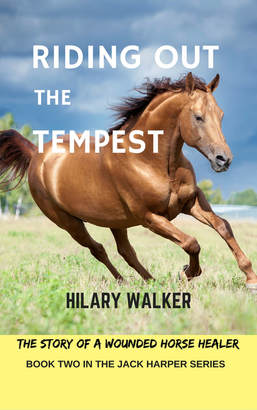 The second book of the Jack Harper Trilogy

Riding Out the Tempest:
The Story of a Wounded Horse Healer

Jack Harper, the horse trainer, has fulfilled the terms of his penance by apologizing to his ex-girlfriend in England for deserting her when she was pregnant – and insisting she abort their baby.

But he suspects he may be atoning for something he didn’t do when she flies over to the U.S. in the hopes of rekindling their romance.

Then Joe, the teenager he helped overcome ulcerative colitis, comes back to see him, spinning Jack’s world into an emotional turbulence that he is powerless to control.

All Jack ever wants is to train horses – but once again, God has other plans for him. 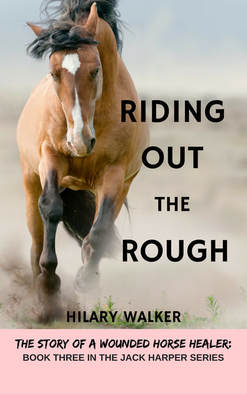 The third book of the Jack Harper Trilogy

Riding Out the Rough:
The Story of a Wounded Horse Healer
Part Three
​

Joseph Harper said in a strong, calm voice, “Remember, son, the night is always darkest before the dawn.”

Jack’s new-found faith in God and these words from his father and are all he has to cling to after the startling revelations about Joe, the teenager to whom he has become both a mentor and father figure.

Leaked information and an unwelcome visit from his ex-girlfriend now threaten to destroy any hopes the horse trainer has of winning over Laura, Joe’s widowed mother.

Jack is forced to choose between coming clean to Laura about his past or trying to enter into a relationship with her based on a lie. She will despise him if he tells the truth, but telling a falsehood runs contrary to his religious principles.

Both roads will be rough, but which one will Jack take? And where will it lead?